As i was so impressed with the afternoon tea in the Morrison's cafe i decided to try their Afternoon tea food box which you order online and get delivered at a date that suits you. There are lots of different food boxes to choose from and you can get them delivered to a different address as a gift . Another reason for ordering this was as there was an offer  code to get £5 off so only cost me £10 !!!!!

I got a text to confirm the time slot and it arrived well packaged with the fridge items wrapped up with two cool bags. 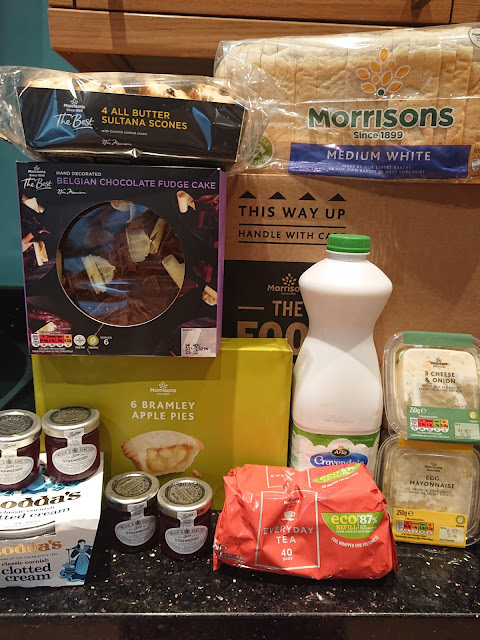 As you can see from the photo the box contained everything you would need for an Afternoon tea at home I added up the estimated value of each items to see if it was good value. It added up to about £12.50 in total so i guess the £2.50 extra is for delivery. As I only paid £10 it was good value to me.

The only thing i was disappointed by was that on the website it listed lemon bakewell tarts but I got apple pies instead.....would of much preferred the bakewell tarts. Not sure if they swap the cakes often or just that I was unlucky !!!!!!!!!!!!!!!!!!!

We sat down this afternoon and enjoyed the food  along with a bottle of English sparkling wine instead of the tea which was included. 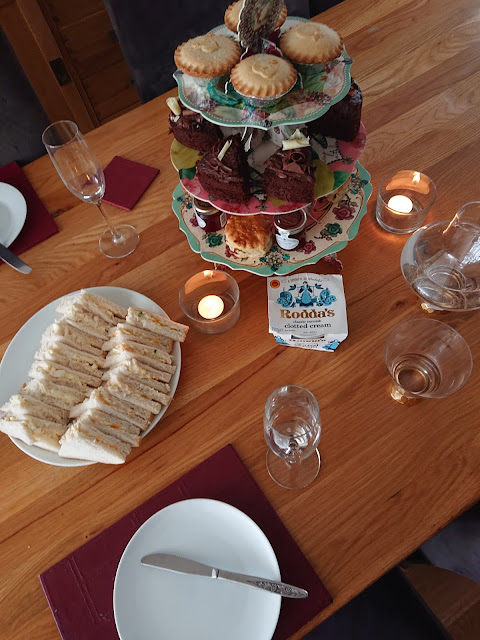 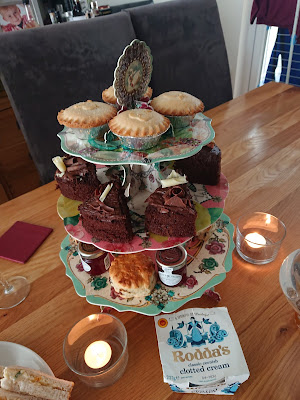 I still have lots of food left including chocolate cake, bread and sandwich fillings . Also we only needed two mini pots of jam and have half a tub of clotted cream left. Perhaps they should include a pack of 6 scones as it could easily feed six  6 people then.

Would I order this again  ?

Yes I think I would as it was exciting opening the box and then getting it all ready . Also the scones were really nice from the Morrison Best range as was the chocolate cake 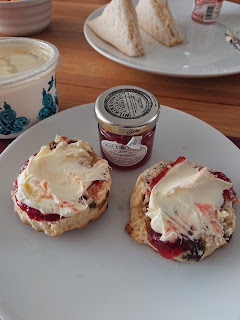