As my titles suggests i will not be recommending this afternoon tea........

Booked this after buying vouchers from Buyagift. It was £30 each including glass of Champagne. I went with my daughter and friend Michelle plus her daughter. It had been a while since all four of us had got together so was looking forward to it.

The secret garden was outside  the Crowne Plaza hotel Kensington London. Upon arriving at hotel reception we were shown out to the garden which had 6 domes sat on artificial grass. Each dome had a pop star name.... Ours was David Bowie. It was large inside and could fit up to ten people.... However due to Covid you can only have max of six. Inside each pod was a large round table plus a portable heat if it was cold. We did not need to turn heater on even though it was a miserable rainy day.

The waiter brought out four glasses of champagne and asked if we had any allergies. I informed him that my daughter and I do not eat fish.

About 15 minutes later our afternoon tea arrived on two tea stands. Bottom and middle plate contained 4 sandwiches each and top plate three cakes each. We ordered some tea and coffees and my daughter had a hot chocolate. 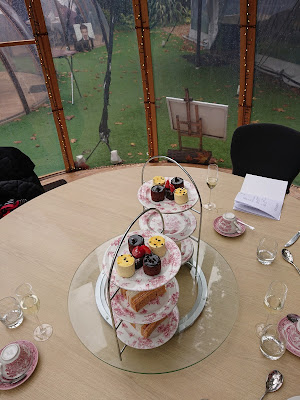 The sandwich fillings were cream cheese and cucumber, ham and tomato , egg mayonnaise and smoked salmon. Unfortunately the bread was very dry so none of us enjoyed them which was a shame as we were hungry. 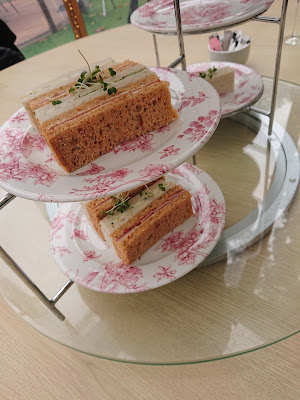 About 30 minutes after finishing the sandwiches the waiter brought over a large plate of eight scones (four plain and four fruit) plus pot of jam and clotted cream. The scones were warm and looked delicious however they were very dry and did not taste very fresh. I was so disappointed as scones are what i look forward to most !!!!!!!!!!!!!!! We still ate them all and asked for more jam and cream which the waiter brought along with more hot drinks. When passing my coffee to me he spilt some on table and just left it there along with our empty plates , cups and glasses. The table looked messy !!!!! 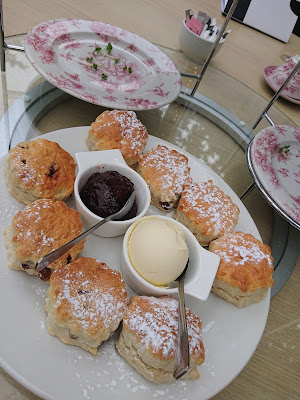 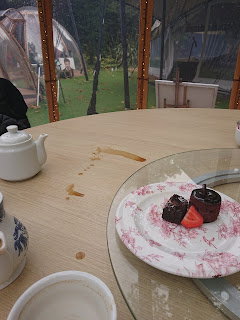 After the scones we tucked into the cakes , one which had a little extra in the form of a very tiny spider stuck on the side of it !!!!!!!!!!!!!!!!! Lucky my friends daughter spotted it.  It is possible it dropped down from the inside of the dome ceiling. Thank goodness it was only small otherwise my daughter would of run out screaming. We informed the waiter who apologised and replaced it along with an extra cake. 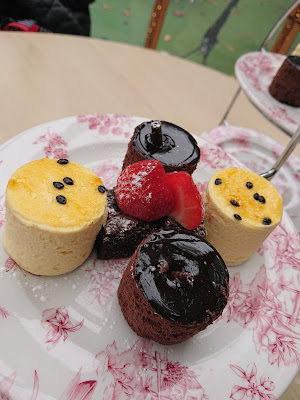 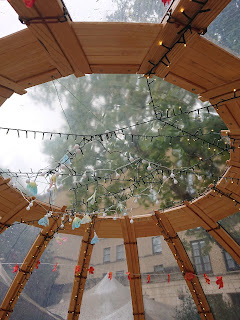 The cakes were OK but two of them were just a very soft mouse texture plus we got a tiny brownie square and strawberry each ....bit disappointing.

We had a two hour slot in the dome which was plenty of time . There were no extra charges on top of the £30 but we left a small tip as the waiter did a OK job at serving us and the quality of the food was not his fault. 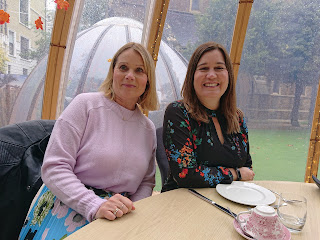 Nearest Station  : Gloucester Park -  about 2 minute walk    Best bits : Close to station , glass of champagne
Worst bits : Dry sandwiches and scones. lack of variety of cakes
Value for money : Not really as food quality not up to standard expected
would I go back?  :  Unfortunately No