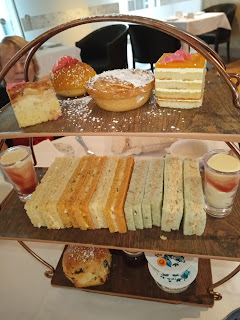 Saturday I took my mum for a bargain afternoon tea using a Groupon voucher. It was a Prosecco afternoon tea for 2 at the great bargain price £23.95. that is under £12 each which is amazing !!!!!!

The normal price is £19 each without the Prosecco

I was not expecting it to be like the posh London hotels but the menu and photos online looked good so decided to give it a go.

We got a underground train to high street Kensington station and then it was just a 5 minutes walk from there.

It was a very large modern style hotel that lacked the character of some older posher London hotels but looked ok. The reception area inside was huge and very busy.

The afternoon tea is served in a lounge area along a corridor. Its small and decorated in floral and bird wallpaper with two small chandeliers handing from the ceiling and some wall lights. 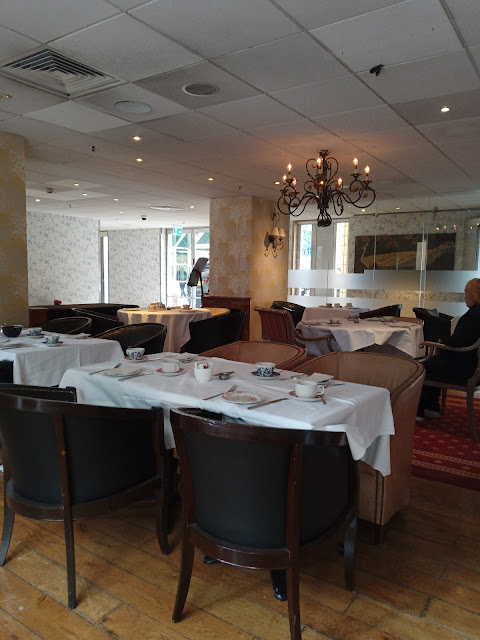 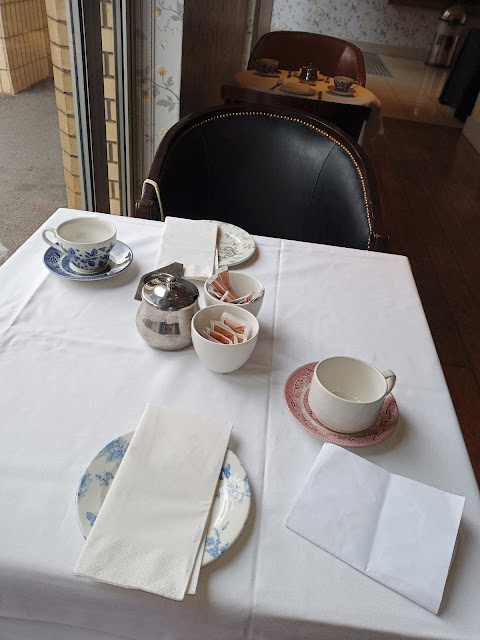 The tables were laid out with mismatched cups and saucers and plates in a shabby chic style. The napkins were paper and not cloth and we was not given a menu to look at.

Our waitress asked if we had any allergies and and we said no but informed her that we do not like fish and that my mum no mayonnaise. She asked us what we wanted to drink and we both ordered a cappuccino. The coffee was in a large mug and tasted very nice and creamy.

Whilst waiting a few more people arrived for afternoon tea and I wondered if they too had a voucher deal.

We waited about 25 minutes for the afternoon tea stand to arrive, it was nice shape with oblong plates on the stand. The waitress also brought out a glass of Prosecco each which was disappointing as it was served in a plastic glass !!!!!  It tasted OK but I could not understand the reasons for not serving it in a proper glass. Just did not make sense to me. 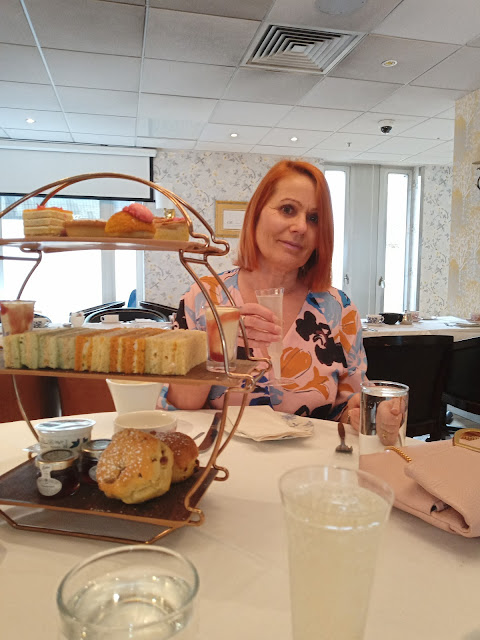 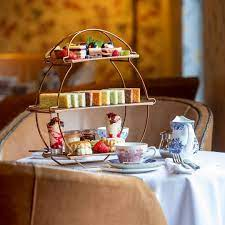 We had to ask the waitress what was in the sandwiches and she said no mayonnaise or fish. I think that there may of been some mayonnaise in the cheese one as it was like the cheese and onion spread you buy in tubs from supermarkets. My mum said it was nice as she could not taste the mayonnaise . The chicken sandwiches were more like chicken pate but tasted nice. We did like all five of the sandwiches and they were fresh and in different types of bread. 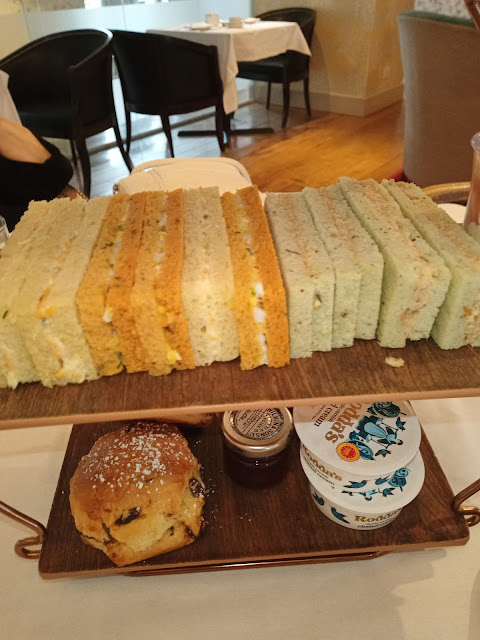 Next we had the fruit scone each was was large and still warm. To go with the scone we got a mini pot of Tiptree strawberry jam  and mini pot of clotted cream each.

It was a nice scone but nothing special. 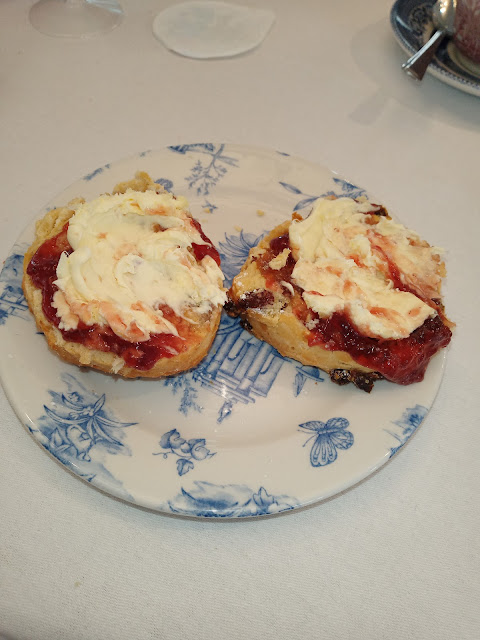 Before tucking into the cakes I ordered an Americano coffee. We got  four different little cakes to share and a tiny glass filled with fresh cream and raspberry coulis each.

We cut them in half so we could both try them

They all tasted nice but once again nothing amazing and not sure if made in house or brought in ready made. 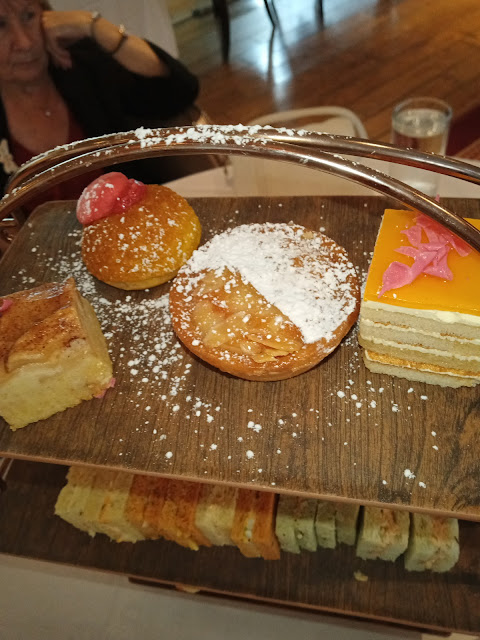 Overall it was a good afternoon tea for £12 however not sure I would feel the same paying £19 each without the Prosecco !!!!!!!

Nearest Station :    High Street Kensington underground  - about 5 minute walk
Best bits : The sandwiches with different types of bread
Worst bits :  The Prosecco in a plastic glass,  felt cheap but tasted OK
Value for money : Yes defiantly if you have the Groupon voucher
would I go back? :  No I do not think so