Halloween and  i went to an Afternoon tea at Cafe Concerto Green Park branch. My mum had an afternoon tea voucher which my brother and daughter in law brought her for Christmas. I choose this branch as it was not far for my mum to walk from the station. 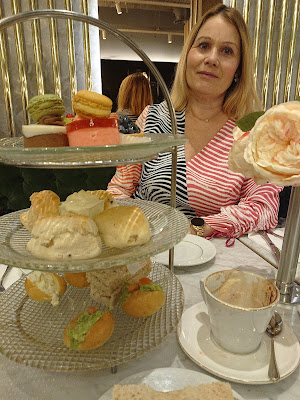 Sadly after yesterdays lockdown news it will be my last Afternoon tea for a while.......

Inside it was large with two seating areas , we was told to choose any table towards the back of the restaurant which was up a few steps. It was very nice inside with a contemporary but grand design. There was some nice background music playing too.

I noticed that on a table in the corner was a  glamorous blonde haired lady who had a very distinctive voice......

It was Gemma Collins from TOWIE 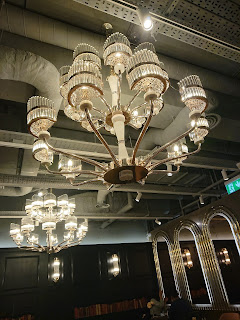 The waiter asked for the voucher and told us we could have two hot drinks and then gave us the full cafe menu. I noticed the coffee was expensive at £3.95 , forgetting we were in Green Park and not my local coffee shop. 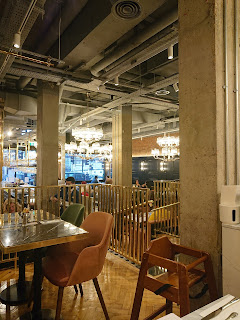 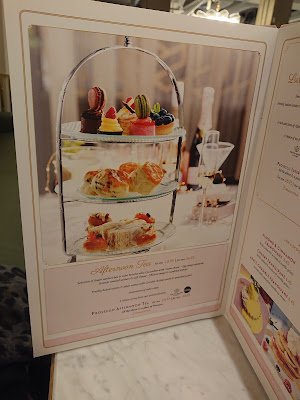 We both ordered a cappuccino each and explained to the waiter that we did not eat salmon and my mum does not like mayonnaise. She said this was fine and they could make the  chicken  one without mayonnaise.
About 10 minutes later the tea stand arrived . We got  two sandwiches each and two little rolls each. We both got a cucumber and cream cheese and chicken and tomatoes one each which tasted nice a fresh. Two mini rolls were egg mayonnaise and then two which i think were avocado which neither of us liked !!!!!! 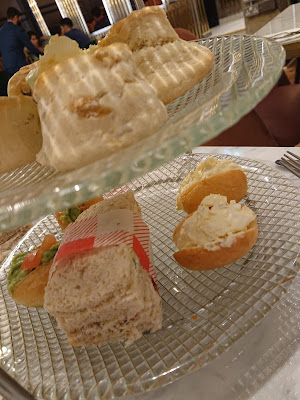 We got two scones each, plain and fruit plus a pot of jar each and pot of clotted cream to share. As my mum does not like the cream there was extra for me ...Yummy.
The scones were slightly  warm and the plain one was a bit dry compared to the fruit one. 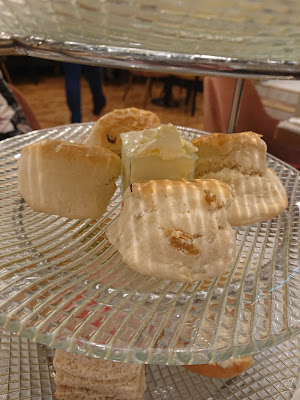 After eating the scones we ordered an Americano coffee each and then started to tuck into the 6 cakes on the top plate. Unfortunately there was only one cake of each type so we decided to cut them all in half .
First we had the macaroons which were very nice with lots of flavour. We got a lime green one and i think the other one had caramel flavour filling but a slight rose flavour to the macaroon.....very nice indeed.
Secondly we had a blueberry tart which had creamy sweet custard inside ......my mum liked this one.
Next we eat  the chocolate one which was hard to cut as it had a white chocolate disc  on top of a soft velvety chocolate mouse.
The pink cake had a strawberry flavour and was a mouse on a sponge base topped with jelly.
Then to finish there was a small pot of lemon cheesecake.
All the cakes tasted really nice 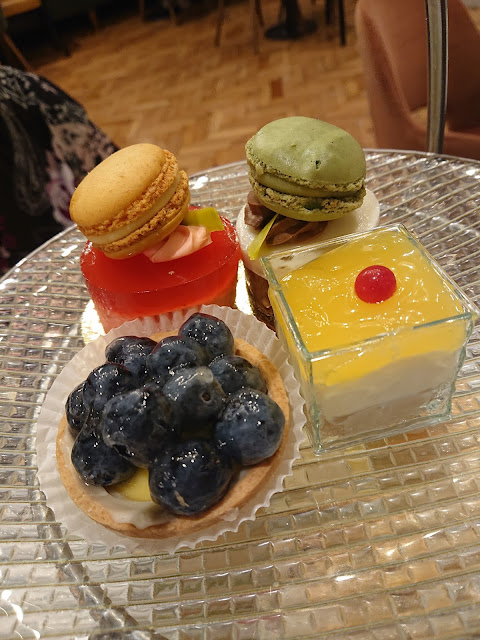 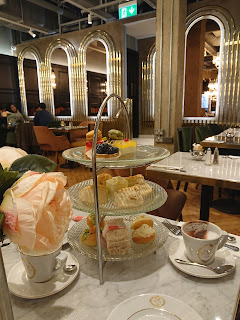 After eating all the cakes we both felt rather full. I asked the waiter if there was anything to pay for and she said just two of the coffees.....I queried this as we had been told by another waiter the voucher included two drinks . She said that it only included the first drinks .

I spoke to the first waiter who said the two drinks were NOT each and for both of us .....so just one drink each.

I thought this was a bit bad of them as second drink was only an Americano coffee and it would not of cost them much extra to give to us for free.

Nearest Station  : Green Park-  about 6 minute walk    Best bits : I think the flavourful macaroons and sandwiches which were nice and fresh
Worst bits : Charge for extra coffee each
Value for money :Menu price £36.95 for two. Yes if they were to offer at least two hot drinks each !!!!!
would I go back?  :  Yes probably at some point 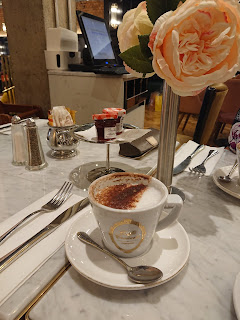