Valerie Patisserie - not luxurious but still nice and good value

Yesterday I took my mum to Valerie patisserie in Leicester Square London for a afternoon tea.

You do not need to book in advance which was good as it did not matter what time we arrived there.

It was only a 3 min walk from Leicester Square station which was handy. It was rather small inside with not that many tables, luckily there was space for us and we got a large table in the window . The tables were very basic and just bare with nothing on. 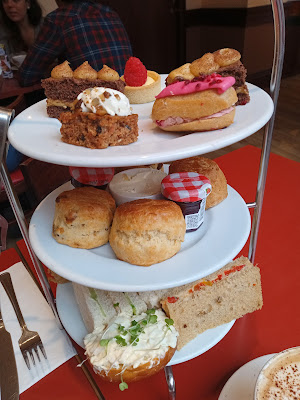 About 10 minutes later the tea stand arrived, it looked nice but not many cakes on the top tier.

The sandwiches were nice and fresh and consisted of egg mayonnaise mini brioche roll, roast chicken sandwich, cream cheese and cucumber sandwich , ham and mustard sandwich and a roasted vegetable sandwich. There was plentiful sandwiches compared to some afternoon teras i have been too.

We got 2 scones each one plain and one raisin, they were generous in size too. There was a pot of strawberry jam each and a pot of clotted cream to share. Lucky for me my mum does not  like fresh cream  !!!!!!!!!!!!! I enjoyed the scones very much and ordered another coffee to go with them. 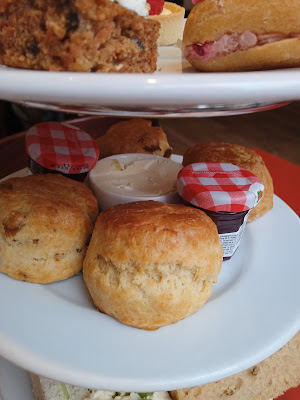 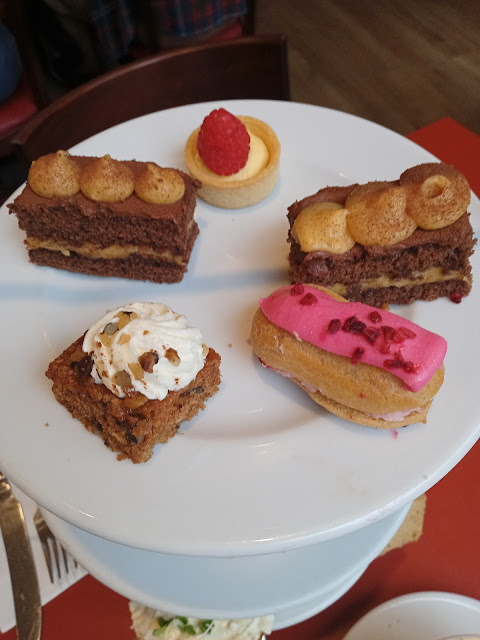 We had to cut three of them in half so we could both try them. They were very small in size but tasted nice. I think i liked the raspberry éclair best as the cream tasted of fresh raspberries. The chocolate one had caramel cream and there was also a carrot cake square and a custard mini tart topped with a raspberry.

By the time we had finished all the food i felt very full and decided that although it had not been in a luxury posh venue the food and service was good and defiantly worth the money. We did not even get charged for the second hot drink which i think is good service

Nearest Station : Leicester Square underground station - about 3 minute walk
Best bits : Fresh sandwiches and scones
Worst bits : The venue inside was dull and plain
Value for money : Yes it was at only £25 for both of us

Yesterday I went to the The Aqua Shard with my friend for the Peter Pan themed afternoon tea.

The food was nice but the service let it down . It was not cheap at £52 each so when I booked I expected to receive excellent service ......sadly this was not the case 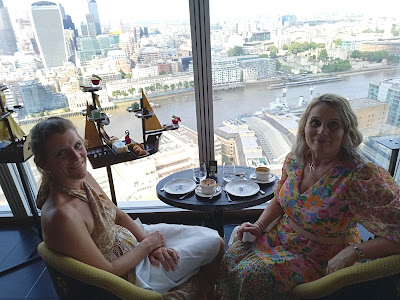 When we arrived we got  the fast lift up to the 31st floor and the Aqua restaurant. It was very busy with lots of full tables. We had a tiny table for 2 next to the window overlooking the Thames which was a very  nice view

We must of been seated for at least 15 minutes before a waiter came over and offered us a glass of water and handed us the menu. 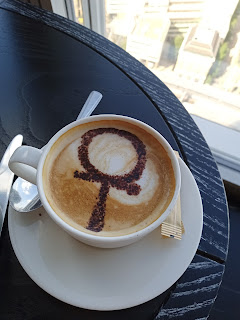 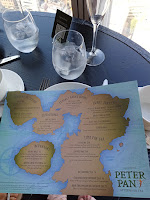 The menu sounded nice especially the savory food which consisted of  a sausage roll , chicken sandwich , egg mayo sandwich , mushroom shaped brioche bread and a fish one shaped as a hook .

We waited another 15 minutes for the tea stand to arrive which was in the shape of a pirate ship was was very different, Next to our table was a special stand that the boat sat on. Which as a good job as it would not of fitted on our tiny table. 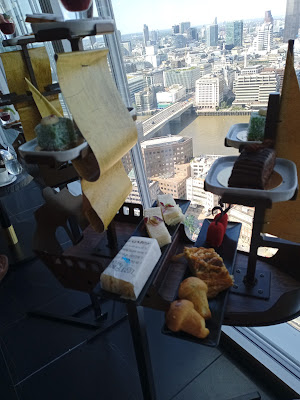 They savory food  tasted very nice and bread was very fresh . We both liked the sausage roll one best.
We was not asked if we wanted any more sandwiches which i thought was bad service for the price it cost. Not sure if they would of given us more if we had asked.
The waiter did not even come over to us to top up our water glass so we had to ask him and also for more coffee. 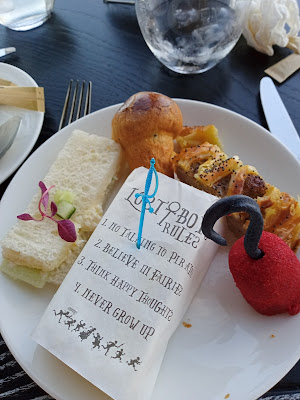 Next we tucked into the 3 cakes and little pot of jelly. They all tasted OK but nothing special. I think they looked nicer than what they tasted. 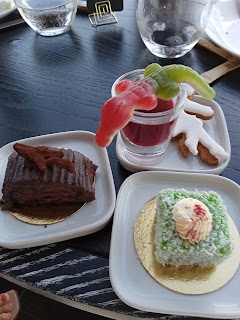 My friend was going to take the Tinkerbell shaped biscuit home so left it on the table but then the waiter tried to take it away when he cleared the plates.....We managed to retrieve it back from him !!!!!

He should of asked first and then should of offered a box to take it home in. In the end my friend just ate it.

We sat there chatting whilst they took the boat stand away and we waited for the scones to arrive.

15 minutes later they arrived on a plate instead of the treasure chest shaped box that other tables had got. We asked why they were not a box and the waiter said that they did not have any boxes !!!!!

My friend informed him that other people had theirs in the treasure box as this was all part of the whole themed experience. So they took them away on the plate and 5 minutes later brought them back in the box with some cream and jam in pots, 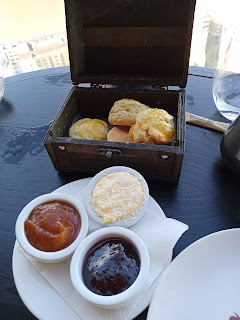 The scones were very small and the raisin ones only had one raisin in each of them ....bit disappointing

However they did taste quite nice and very buttery with a light crumbly texture which was nice.

We had the last afternoon tea seating and as we had to wait so long for our scones we were the last table left. All around us the waiters were cleaning the tables and setting them up ready for the evening. They were also mopping the floor around us which I thought was not very polite.

Though out the whole afternoon tea I think our waiter only asked us once if everything was OK. 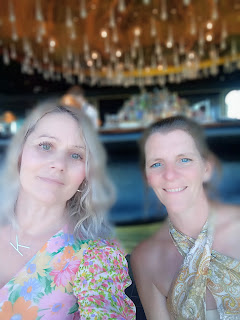 Nearest Station : London Bridge station - about 5 minute walk
Best bits : View from the window and savory food
Worst bits : Service which was terrible
Value for money : No have had much better for less money
would I go back? :  No I do not think so