I booked this months ago as a special treat for my birthday. I had seen the restaurant on Masterchef and knew i wanted to go there as the desserts looked amazing and so different. The dessert are the creation of Albert Adrià ,voted The World’s Best Pastry Chef by The World’s 50 Best Restaurants.

The restaurant is attached to the side of Cafe Royal and is small in size and clad with Siena marble and has large windows looking onto Regent Street. It has an elegant and sophisticated feel yet relaxed and ideal to watch the world on Regent Street go by. It was very busy when we got there and all the tables were full . Our reserved table was in the window perfect for people watching. 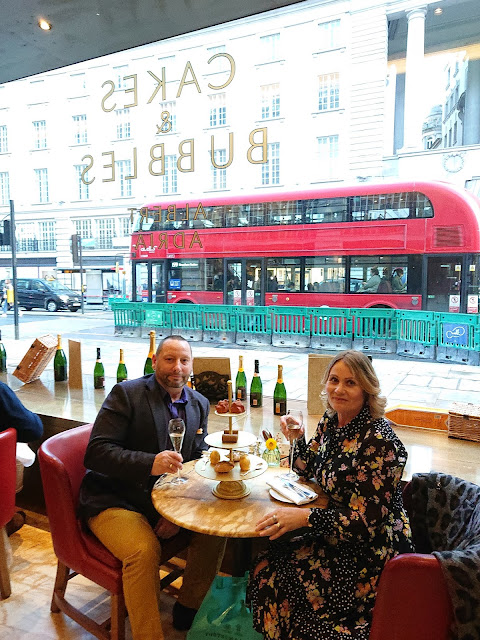 The menu was small in the choices but sounded amazing and very different . We decided to have a bottle of champagne with the afternoon tea as it was my birthday after all !!!!!! Having already spent over £70 in the wine bar at Fortnum and Mason prior I decided to go for the cheapest bottle on the menu which was still £65. It was called N.V. Sophie Baron, Grande Réserve and very nice too. 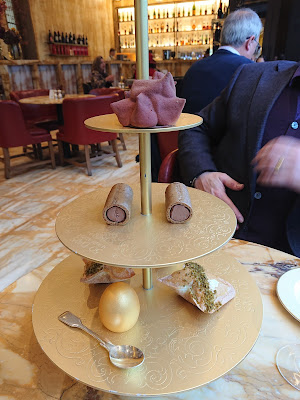 First we both had the pistachio pillow .....OMG it was amazing. Light crispy pastry filled with a sweet cream and chopped pistachios. We both were blown away at how delicious it tasted. 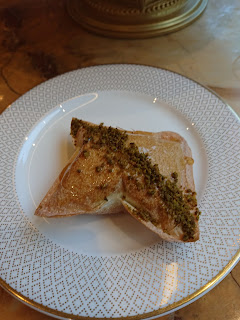 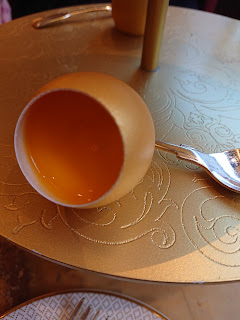 Next we had the golden egg which contained a creamy mouse with caramel in the bottom. Unfortunately the egg shell was not edible 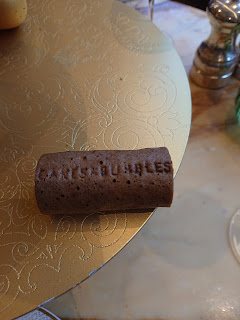 Third came the chocolate cork which contained a hazelnut praline covered in a thin layer of chocolate sponge. It had the cake and bubbles name stamped into it which was cute and made it look more like a cork 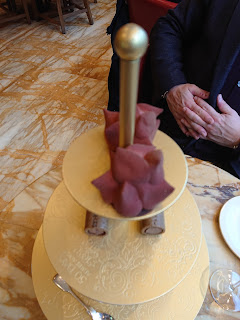 It was soft , light and fluffy in the centre with a slight rose taste and then at the end the mild taste of mint hits you . Very clever play on flavours and most enjoyable. 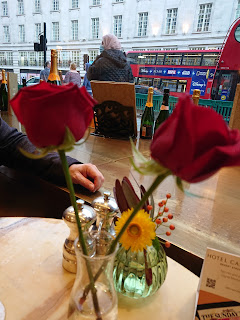 The second course was a surprise as the waiter handed us a real red rose each which had shiny sphere on top in the middle resting on the rose petals. It looked like a rain drop. The idea was to eat the sphere off the rose.......it burst in my mouth releasing a liquid flavoured with lychee, raspberry & rosewater. Amazing and so clever. We get to keep the roses  and take them home. 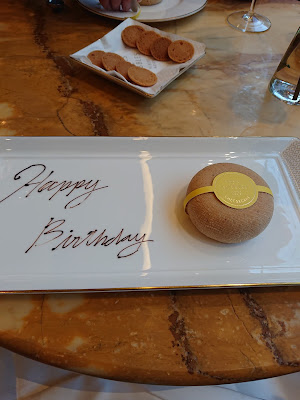 The cheesecake which is for the adventurous: A new concept of the cheesecake, with Baron Bigod cheese, hazelnut and white chocolate. We got one each with a tray of little round biscuits which I guess are supposed to be like the biscuit base on a traditional cheesecake. It was so clever how the white chocolate coating looked just like the wax coating on a cheese. I excitedly dug my spoon into the chocolate shell and out oozed a soft velvety cream. This was defiantly worth waiting for as it was so creamy and not too sweet with a tiny hint of cheese. We used the crunchy biscuits to mop up the creamy cheesecake filling ...delicious . I wish I could of had another one I liked it that much.

AMAZING EXPERIENCE AND SO DIFFERENT TO A NORMAL AFTERNOON TEA 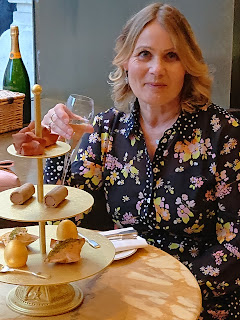 Nearest Station : Piccadilly Circus - about 4 minute walk
Best bits : The cheesecake however all the desserts were amazing
Worst bits :None
Value for money : The afternoon tea was priced at £34 per person which I guess is OK considering how different and amazing the food tasted and looked. However it was only sweet stuff and no sandwiches .
would I go back? : It was very different and special but now I have been I probably would not go back unless the menu changed.