Yesterday i had such a lovely afternoon tea at Fortnum & Mason with my friend. I have always wanted to go there for an afternoon tea and when i saw the special offer they are doing throughout August via afternoontea.co.uk  i jumped at the chance. Its only £60 for 2 instead for £60 each ...HALF PRICE .

We arrived early at the Piccadilly store so had time to look around at all the lovely food and gifts before going to the top floor where the tea salon is. The restaurant was very busy when we arrived and we were seated in a lovely side room with nicely spaced out tables set with nice china and vase with fresh pink roses in. It was quieter in this room and we could not see the piano but could just about hear it from there. 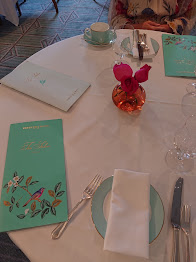 The waiter handed us the menu and then explained the different types of afternoon tea you can order as they did a savory version or high tea one. We choose the classic one.  He then explained the menu and we both pointed out the sandwiches we did not like and what extra ones could be replaced with these. He said no problem they could do that for us. We then both ordered a cappuccino and they poured us a glass of tap water each.

When the sandwiches and tea stand came out it all looked so lovely. All the sandwiches tasted nice and very fresh. I liked the coronation chicken one in the brown bread best. The waiter asked us if we wanted anymore sandwiches but we decided not too as we wanted room for the scones and cakes. 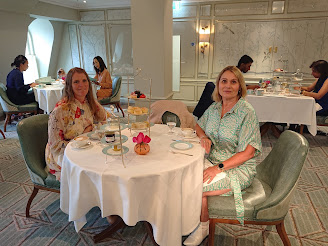 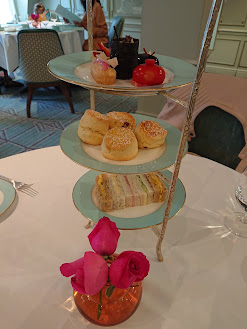 The jam and cream came out on its own little tea stand. We got a whole jar of Fortnum & Mason strawberry jam and a jar of their lemon curd. The clotted cream was in a silver dish with a lid and there was plenty of it all. 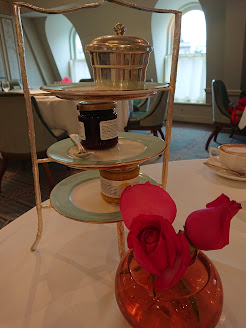 We had two scones each a plain one and a fruit one both of which were lovely especially with the lemon curd and cream on !!!!! We could of had more scones too if we wanted as they said we could have extra of everything if we wanted !!!!! These are the type of afternoon teas i like best !!!!!!!!! 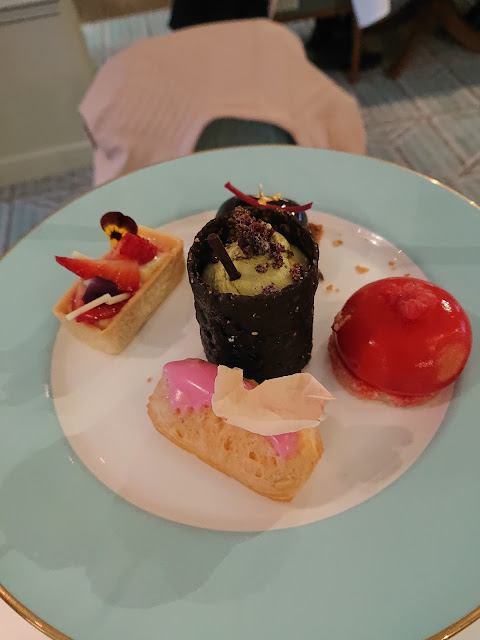 The cakes were nice but NOT amazing, i did not like the one in the middle,  the filling inside the crispy shell had a weird flavor. The mini eclair was nice and had slight rose taste too it.

By now i was feeling rather full and did not expect the waiter to offer us another cake from the trolley . There was a choice of 3, Chocolate cake, Lemon and raspberry or a  Battenberg. Both of us choose the lemon and raspberry which we took home in a box as were  too full up.

When i finally eat it at home it was really lovely and probably the best part of the lovely afternoon tea .I am glad i decided to carry it home on the train rather than give it to the homeless man i saw at the station entrance. 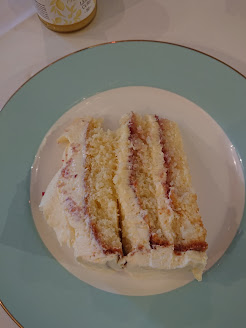 Nearest Station  : Green Park on Victoria line , about 8 minute walk    Best bits : Everything was good but the slice of cake at the end was delicious  and i liked the lemon curd on the scones .
Worst bits : None
Value for money : Yes defo as special offer but i think normal price of £60 could be slightly lower or include a glass of Prosecco
would I go back?  :  Yes
at August 20, 2020