Today I had the cheapest afternoon tea ever and it was surprisingly good!! 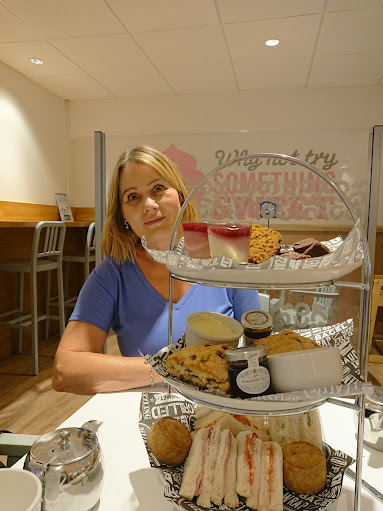 It was in the cafe inside Morrison's supermarket .....Not quite the same as Fortnum & Mason but so much cheaper priced at £10 for 2 but currently half price at only £5 !!!!!! This is due to the Eat out and save scheme which is valid EVERYDAY at Morrison's up to 31st August !!!!!

As you can see we got quite a lot of food plus a pot of tea each . We do not drink tea so we got coffee instead from the machines which you help yourself too. Not sure we was allowed to do this but nobody said anything

The sandwiches were fresh and we got 2 triangles of each type to share which included ham , cheese and tomato, egg mayonnaise and a jam sandwiches which was thrown in as extra plus a mini pork pie each.

The scone was large and very nice however it was a bit cold from being kept in the fridge but still tasted lovely. We got a small of of jam each different flavours and a generous pot of cream. The scones are the same ones they sell in the store and have sugar sprinkled on top which gives them a crunchy top...very nice indeed. 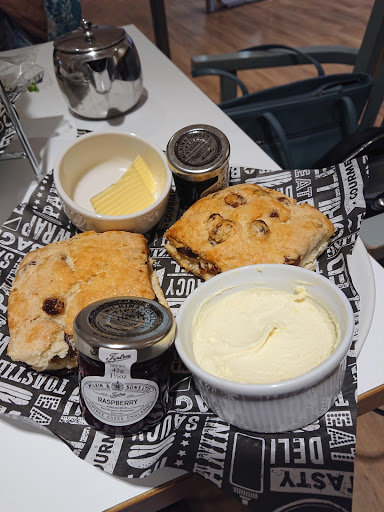 On the top layer there was a little pot of cheesecake dessert topped with fruit sauce which was really nice and creamy. We also got a slice of ginger cake each and 6 little brownie bites to share. 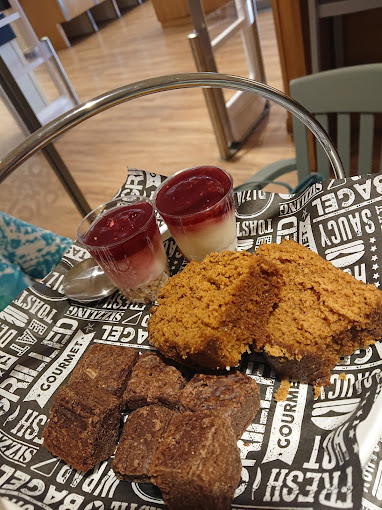 For the price we were both very impressed with it and would recommend to others.

Well done Morrison's you have set a high standard for the other supermarket chains to follow !!!!!!

Nearest Station  : N/A as we drove there

Best bits : Value for money and the scones which were really nice.