Saturday  I took my mum to afternoon  tea at the Stafford hotel in St James Place London for her Mothers Day gift. I came across this on the www.afternoontea.co.uk website  and it looked nice and I had not been there before. It was reasonably priced at £45 each. 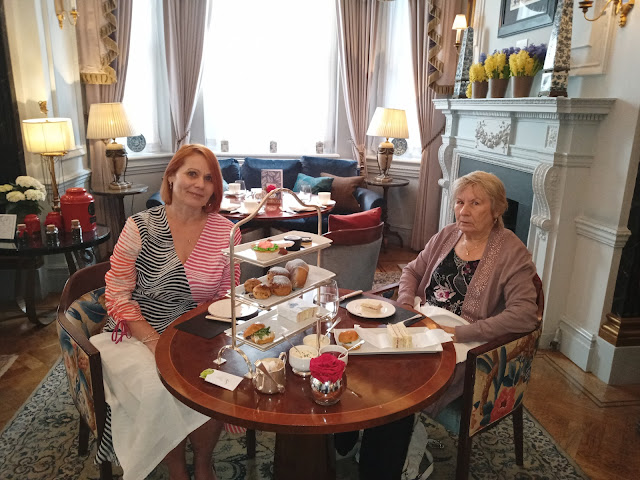 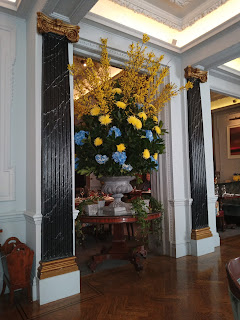 Upon arriving at the hotel we had to walk past a lovely garden area outside at the back which was like a courtyard. The hotel was traditional and nicely furnished inside and the afternoon tea is served in the Game Bird restaurant. 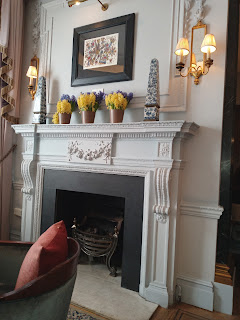 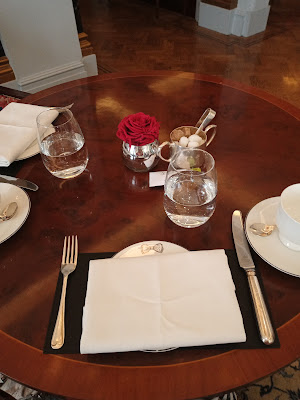 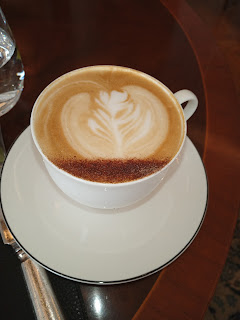 The coffee was very nice and I noticed that the restaurant was getting busy. We waited about 15 minutes for the cake stand to arrive

The cake stand was an oblong shape rather than the traditional round style. My mum got her sandwiches on a separate plate as they made her an egg roll without the mayonnaise and ham without the mustard. 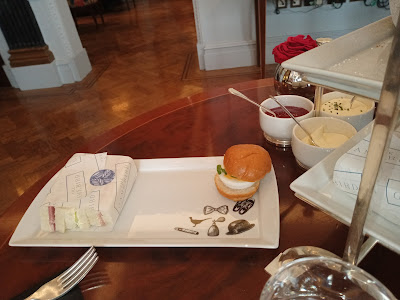 We got 3 sandwiches each and a little roll . They were nice and fresh but would of been better if some of the sandwiches had brown bread  not just plain white. Also I think they could of given  another sandwich each as looked rather small on the plate 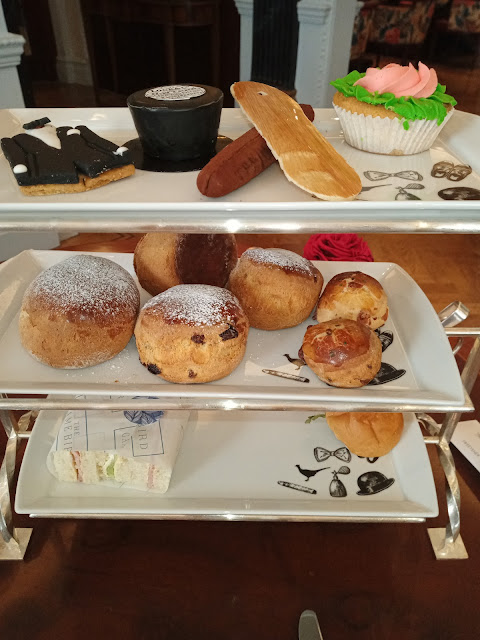 The middle plate had  2 scones each plus a tiny savory cheese scone. They were freshly baked as still a bit warm. I think they were slightly over baked  as bit dark on top !!!! 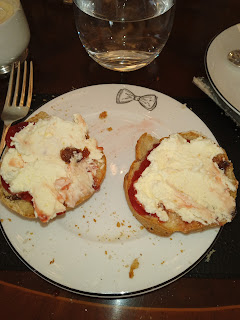 We got a large pot of cream cheese and chive to go with the cheese scone which was very small  and I  would of liked more of them. It was a bit dry as baked too long in oven but tasted nice once topped with the cream cheese.

The fruit and plain scones were nice but nothing special.

Whilst eating the scones we ordered another coffee each

Lastly we tucked into the cakes ...I was disappointed that we only got one of each so had to cut them all in half !!!!

I thought the theme was very good as the cakes resembled  the shops within the St James area near the hotel. On the way to the hotel we passed the J, Fox cigar shop and the Floris perfume shop. The chocolate cigar was extremely chocolaty with a very soft mouse inside . The top hat had a thin shinny dark chocolate coating with a soft white mouse which had a subtle lime flavor. This was my mums favorite.  The shortbread biscuit was nice and the shoe horn was just white chocolate. I think I liked the vanilla cupcake best however I did not get the rose water flavor . The butter ream flower on top was nice but the sponge slightly dry . 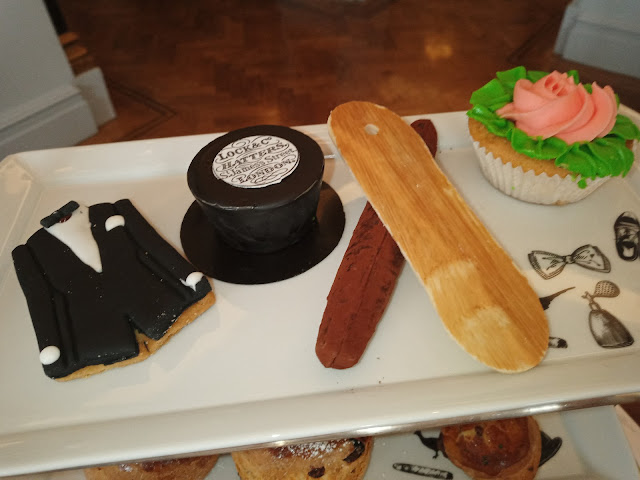 As I ordered another coffee at the end the waitress did offer us some more cakes..

I asked if I could  have another cupcake so she brought us two one each.  Its a shame they did not offer us any more sandwiches however I did hear another table ask for some.  To  be honest with you we did not want any extra sandwiches but I think it is always good service to be offered them.

The overall service and tea was OK but nothing special...... 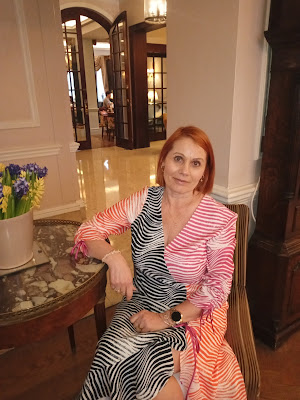 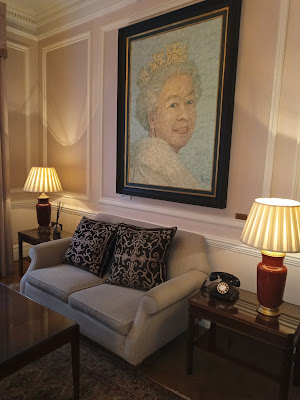 Nearest Station :     Green Park underground - about 6 minute walk
Best bits : The clever theme of the cakes
Worst bits : The overbaked scones and only one of each cake
Value for money : No as did not get many sandwiches and cakes on the stand
would I go back? :  No unless they have a new theme or special offer