I have decided to go to at least one afternoon tea every month for this year which should not be too hard to do.  January I took my mum to Café Royal for her birthday and for February I went to a lovely afternoon tea at the Melody restaurant in the quaint St Paul's hotel in Hammersmith, London. I got a great deal on this champagne afternoon tea for 2 from Buyagift. it is currently on offer priced at  £49 instead of £76 and then I had a £10 discount code to use so cost me £39 for 2.....which was a bargain as it was very nice indeed. 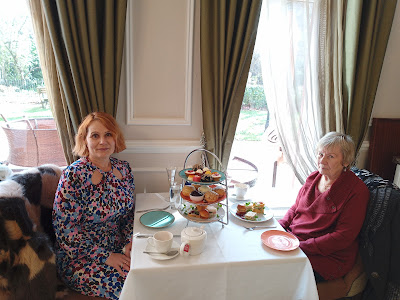 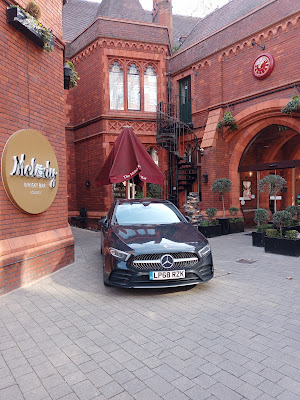 The hotel is small and was originally St. Pauls School designed by Alfred Waterhouse in 1884, the architect of the Natural History Museum. St. Pauls was the location of the historic meeting of Eisenhower, Montgomery and Winston Churchill to plan the D Day landings. St Paul's Hotel was also the setting of the 1971 film “Melody”, an international cult film about youth and lost love. 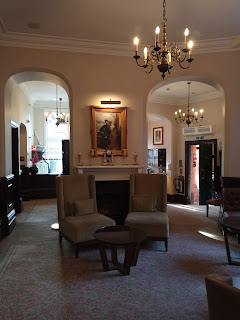 To get inside the hotel we walked through a brick arch with a door to the reception and the other end led out onto a long patio area with outdoor seating . The reception was small and traditional looking inside with a door leading into the Melody restaurant and Whiskey bar.

The Whisky bar looked amazing with so many different bottles of whisky on shelves and in cabinets . I will defiantly have to bring my husband here at some point. 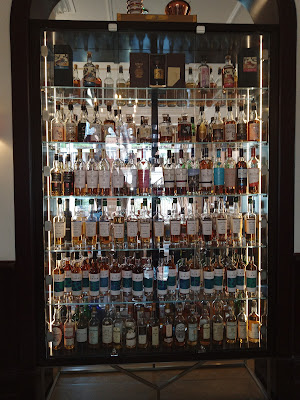 The restaurant is small inside with about 12 tables and chairs light inside with large windows looking onto the outdoor seating area. It's painted in a light fresh colour scheme with panels  and has a lovely Chandleier hanging down in the middle. 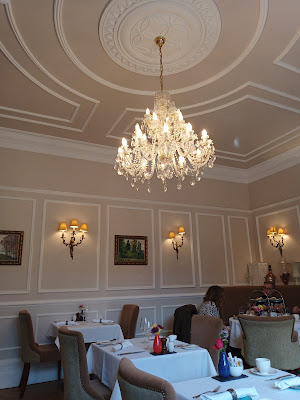 The waitress seated us by a window and confirmed our allergies with us. The menu did not go into detail of the sandwiches or cakes just the price but it did have a long list of different teas.

I decided to try the summer berries fruit tea and my mum ordered a cappuccino. A waiter then poured us each a lovey glass of chilled bubbly....not sure what it was but tasted very nice. 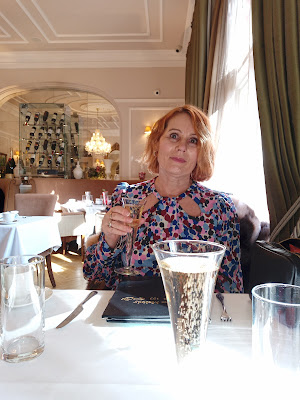 When the tea stand arrived it was very  full and my mum got her sandwiches on separate plate without any mayonnaise.

There was a cucumber and cream cheese one, chicken, egg mini brioche roll and a crisp bread with beetroot on top. I liked the egg brioche one best. They were nice a fresh and tasty 😋 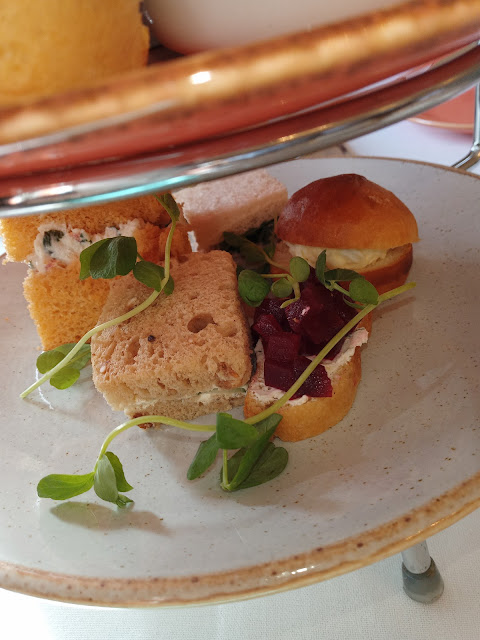 The scones were very large and we got a cinnamon fruit one each plus a plain one along with a large pot of jam and clotted cream. They were slightly warm still so freshly baked.

We both thought they were extremely nice and light and fluffy and my mum said that the cinnamon fruit one was one of the bet scones she has had.....I second that.  The only complaint we had was the jam was more like jelly than jam with not much flavour. 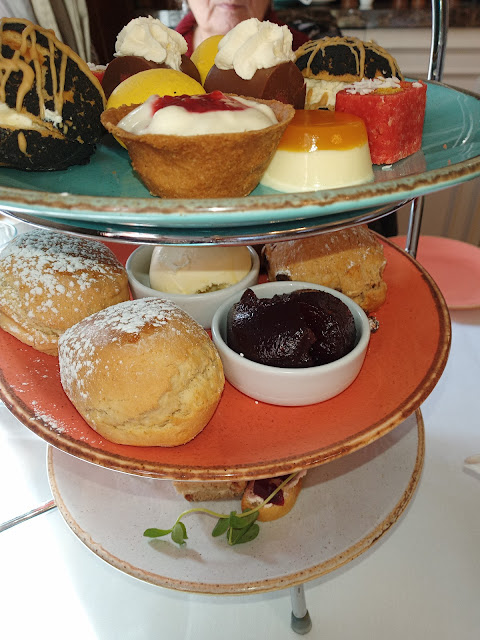 Before tucking into the cakes we ordered a coffee each as I had finished my fruity tea which was I did enjoy.

There were 6 little cakes each on the top tier and they all looked nice. They consisted of a chocolate cream choux bun, fruit cream tart, mini red coconut Battenberg ,  Lemon macaroon, panna cotto with orange and a very chocolaty ganache black forest slice. They were very different from each other in flavour. I liked them all equally and did not have a favourite. 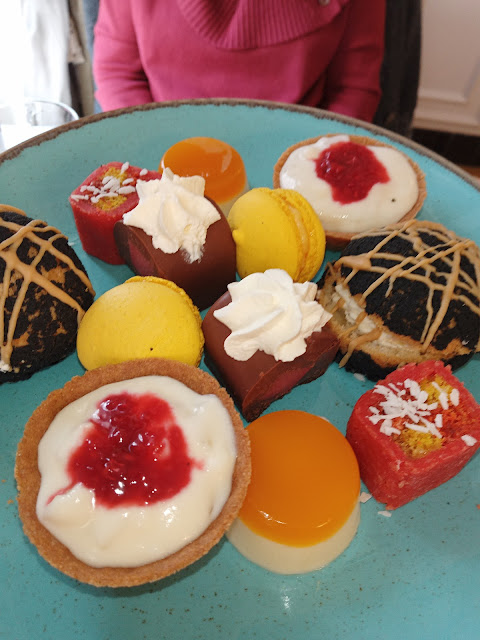 Throughout our afternoon tea the service was very good and although we did not get offered any extra food I think they would of given us some if we had asked.

Lovely little hotel and would recommend 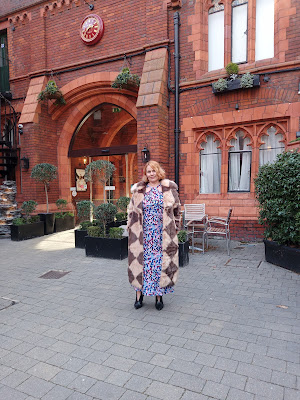 Nearest Station :     Barons Court or Hammersmith   underground - about 10 minute walk
Best bits : The delicious scones and cakes
Worst bits : The jelly like jam which lacked flavour but that is the only thing
Value for money : Yes defiantly as service very good and plenty of lovely food
would I go back? : Yes and I think I will take hubby there