Who can resist a afternoon tea with 90 minutes of free flowing Prosecco...... certainly not me especially when it's such a great deal at £65 for two. The two being myself and my husband who loves them too.....however he will not admit it in front of his rugby mates. 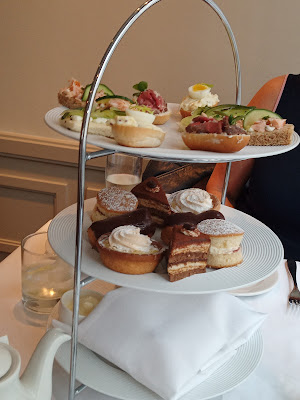 The Cavendish hotel is situated behind the famous Fortnum and Mason store in London.
Its a contemporary and stylish 4 star hotel located in the very heart of Mayfair & Piccadilly, on the corner of Duke Street and Jermyn Street, The Cavendish London has been a hotel on its present site since 1966

The afternoon tea is served in a large open room on the first floor. It has windows overlooking the street below and lots of tables and chairs. When we arrived we were the first people to be seated but within 30 minutes after it started to get full and busy serving afternoon teas. 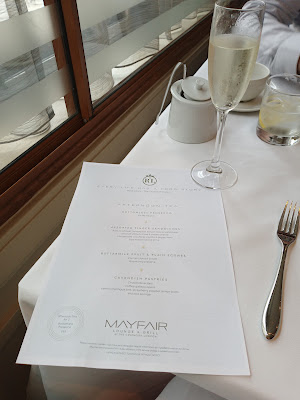 There was a paper menu already on the table and we were offered straight away a glass of Prosecco and I asked for a glass of tap water too. Through out the afternoon tea our glass was constantly being topped up for the duration of 90 minutes . It was nice Prosecco too ...not too dry .  We ordered tea and coffee whilst waiting for the food. About 15 minutes later the tea stand arrived. The waitress that served us was very nice and looked after us during the tea, checking if all was ok and keeping our drinks topped up. 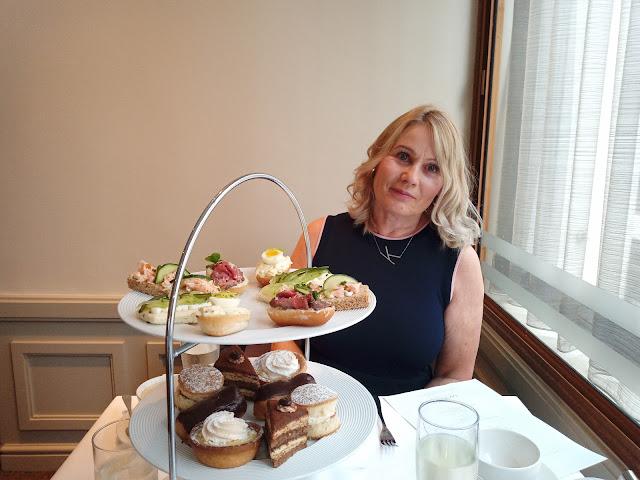 I was surprised to see the sandwiches were all open topped which meant less bread but I did not mind as they looked and tasted very nice. I liked the egg mayonnaise one best with the tiny egg on top and the cucumber one was very nice too. We did not get offered more sandwiches which I did not expect considering the price !!!!!!!! 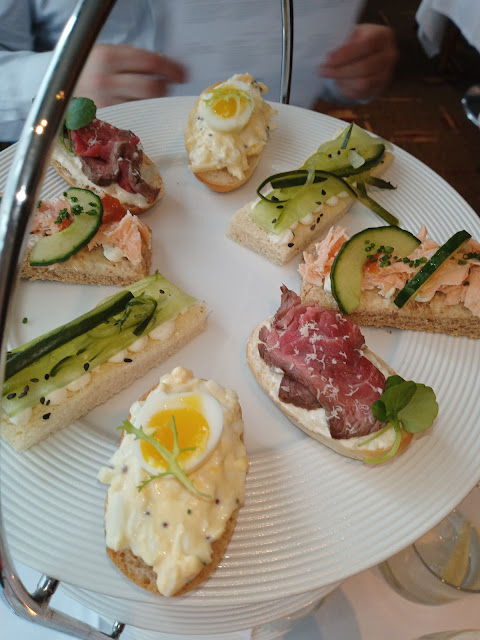 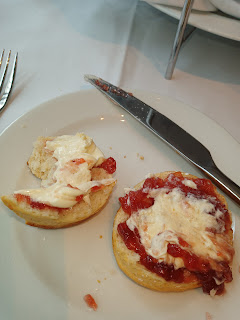 The scones had gone cold by the time we had them but they were very fresh and tasty. We got a plain one and raisin one each . There was just enough cream and jam for both of us.

My husband is not a lover of scones but he always manages to eat them !!

Lastly we tucked into the four cakes we had each . They did not look or taste anything special. The lemon tart pastry case had gone soft instead of being crispy which was a shame. I think it may of been frozen previously or kept in the fridge. Overall the cakes were ok but did not have much flavour . 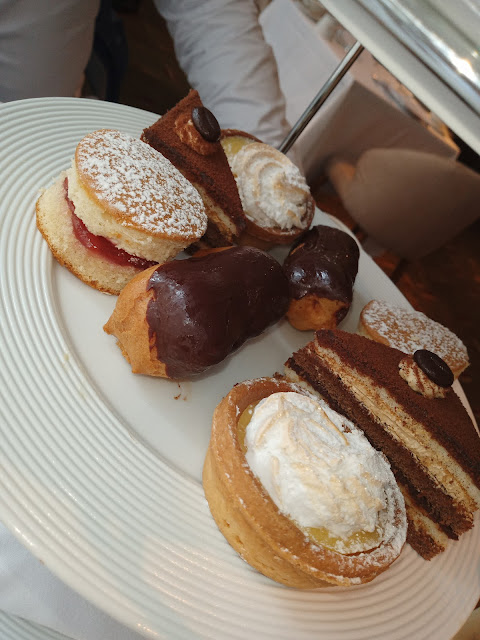 We both had a nice afternoon drinking the Prosecco and afterwards we went to Fortnum and Mason store to buy some of there biscuits in the tall tins. Our favourite is Tollolossus....they are amazing
Nearest Station : Green Park - about 10 minute walk
Best bits : Nice sandwiches and Free flowing Prosecco plus the price
Worst bits : Cakes as not much flavour and lemon tart pastry soft
Value for money : Yes defiantly for the Prosecco and service
would I go back? : Not sure ..I would not rush to go back but never say never 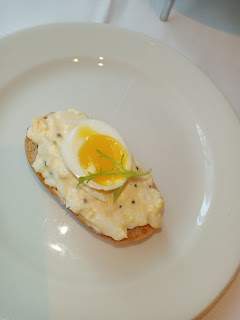 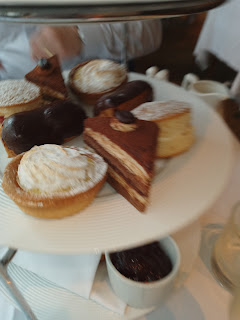 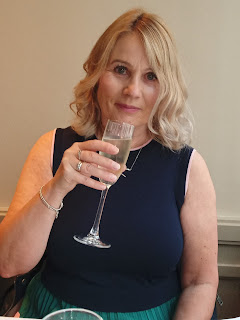