Today me and my mum decided to try the Christmas afternoon tea in our local Morrison supermarket cafe. We had been there before last year for the normal afternoon tea and thought it was excellent value at £10 for two.

The Christmas one was £12 for two and you get a mince pie with clotted cream instead of a  scone. 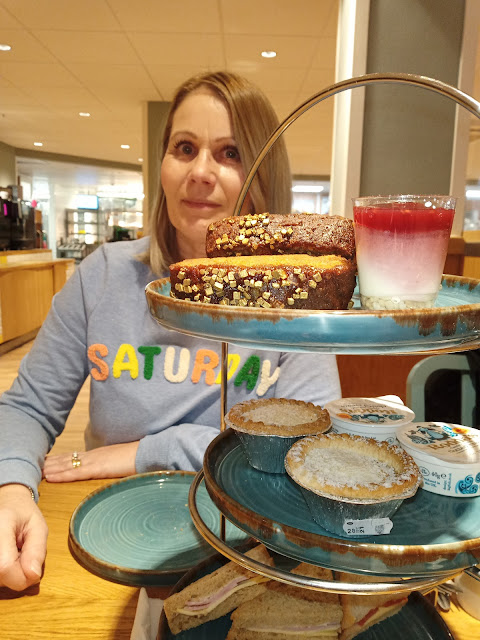 It was quite when arrived and  was told it could be a 30 minute wait .....not sure why as not busy. To be honest I don't think many people order the afternoon tea as they did not really know what it consists of and had to seek help from the manager. I think we also confused them by saying no mayonnaise or fish sandwiches.

We helped ourselves to a coffee each from the machine and sat down . It's good that you can have as many coffees or teas as you want !!!

After about 20 minutes the tea stand arrived.

Slightly disappointed as we only got 3 triangle sandwiches each which made me wonder what they did with the forth triangle from each sandwich. We got a cheese and tomato in white bread  and also cheese and ham in brown bread. They were nice and fresh. 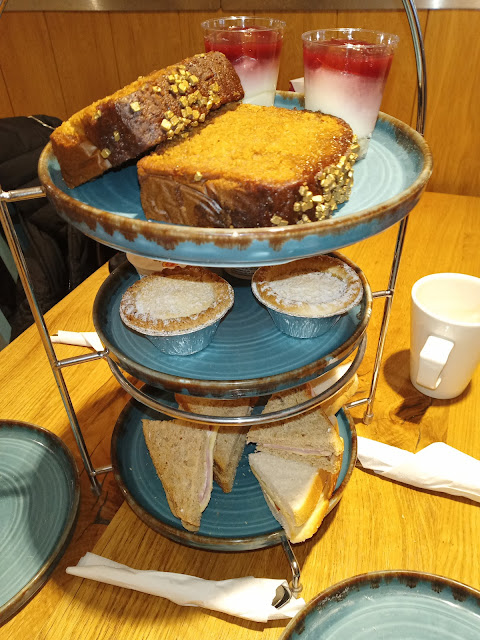 The mince pie was ok but nothing special and would of been nicer if served warm. I liked it with the clotted cream. 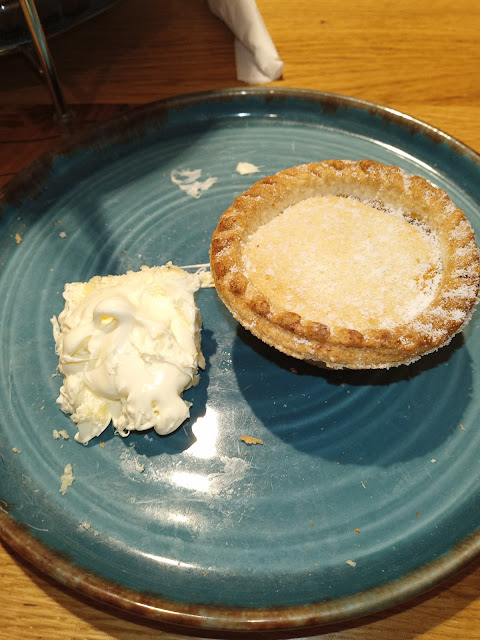 On the top tier we just got a slice of ginger cake each and a little cheesecake pot with fruit sauce on top. I  think we should of got a slice of lemon cake as well but the waitress said they had run out. 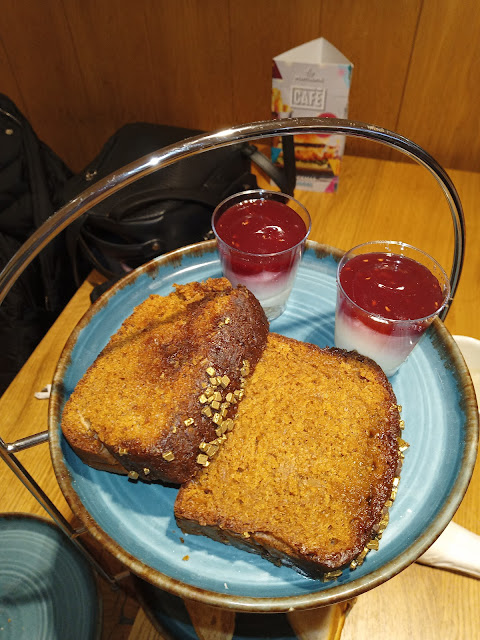 Unfortunately the ginger cake was very dry as I think had been left out for a while. We did not really enjoy it however I did like the little pot of cheesecake.

Nearest Station : Not sure as local to me
Best bits : Can help yourself to as many teas or coffees as you want from machine
Worst bits : Dry ginger cake, I wish I had complained now
Value for money : It was cheap but that was reflected in the quantity and quality of food
would I go back? : No not for a while maybe in the summer for the normal afternoon tea.