Millies Lounge at the Ned , London

Today i had a lovely afternoon tea with my friend in Millies Lounge at The Ned, London . It was a good deal at £28 each including glass of Champagne. Even better when we got the bill , £10 each off that price due to the Eat out to Save scheme that they had extended till end September. Cost us just £24 each including service charge !!!!

My daughter kept telling me i must go there as the venue is really nice , she was defiantly right about that. The Ned is the City's disused Midland Bank building and opened in 2017. It hosts Eight restaurants amidst The Ned’s historic 3,000 square metre former banking hall, serving food from around the world.. It is also a hotel with 250 bedrooms . It still has many of the banks original features and it reminded me of New York. It had a busy buzzing feel to it and there seemed too be lots of work meetings taking place over lunch and drinks. In the background some great music could be heard but it was not over powering.

Once seated we were handed a menu card with just scan codes of for the different menus. The afternoon tea menu merely stated assorted finger sandwiches , scones with cream and jam and cakes but it did list the different teas available.

I ordered an Americana coffee and my friend ordered the Earl Grey tea. We was also served a glass of champagne each which was lovely. The waiter checked if we had any allergies and then about 10 minutes later the tea stand arrived 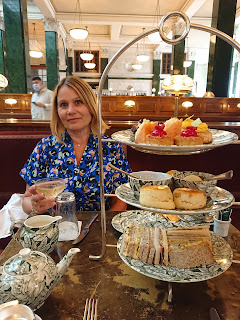 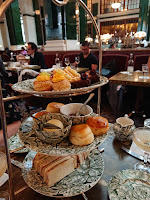 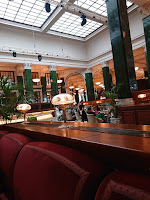 The sandwiches were very tasty, we had 4 different ones . Coronation chicken , ham, cheese and pickle and  salmon plus a egg mayonnaise one . My favorite was the ham, cheese and pickle followed by the coronation chicken.. We were both surprised when the waiter brought  out a second plate of sandwiches without us even asking for them!!!!! We could only manage two more sandwiches each as wanted to leave room for the scones and cakes.

We had two scones each one plain and one fruit plus pot of jam and very thick clotted cream ....Yum. Unfortunately the scones were not warm but very fresh and delicious with the jam and cream .Whilst tucking into the scones we both ordered another hot drink each.

The top plate contained eight little cakes two of each type which is much better than having to cut them in half. 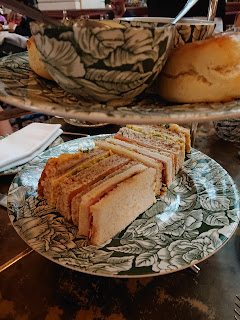 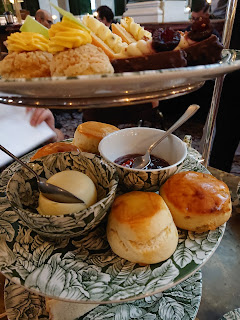 The cakes consisted of a raspberry coconut tart, chocolate Black forest slice, Mango profiterole and an orange cream triangle. All of them tasted very good and looked very nice ...not sure which was my favorite ? 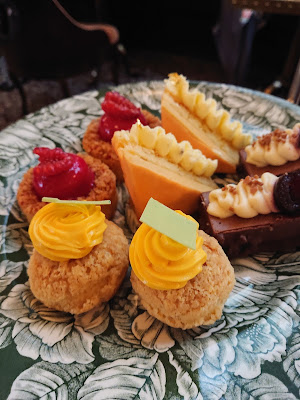 We both thoroughly enjoyed the afternoon tea and both said how much we liked the venue and atmosphere.

Finally i need to mention the ladies bathroom which was huge and very luxurious complete with Cowshed hand wash and lotion.

Just outside of the bathroom is an little area with the old vault room and safe door ......great for taking photos.

Great afternoon had by both of us 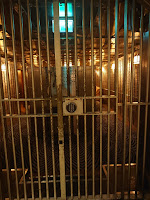 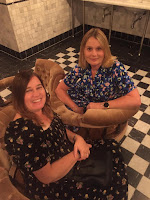 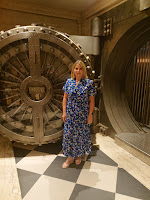 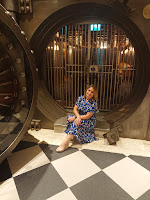 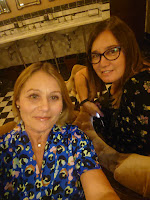 Nearest Station  : Bank central line -  about 2 minute walk    Best bits : The venue and atmosphere plus the food was very good too . Liked the fact we got extra sandwiches without having to ask !!!!
Worst bits : None
Value for money : Yes defo and even without the special offer .
would I go back?  :  Yes , was tempted to book for next Wednesday as last day of September !!!!